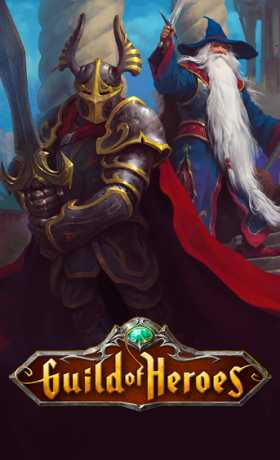 Guild of Heroes is an RPG that you’ll have to face the forces of evil.

Join the Guild of Heroes and fight the forces of evil in a new fantasy world full of adventures and danger. Here, you’ll find a way to glory and recognition. Equip your character and sharpen your skills, practicing sword play and magic.

It’s a real, free, fantasy-style action – RPG game for tablets and smart phones. The Guild of Heroes game differs from other games by its simple and handy gameplay. Check it out for yourself!

◆ Jump right into the heat of battle. An intuitive UI will help find your way around the game in no time. But if you want to become a real hero, you’ll have to work hard.

◆ Explore a vast and colorful world. Venture on an epic journey across unique locations hiding countless secrets. You will travel through vast expanses of plains, thick forests and immeasurably deep caves and dungeons.

◆ Crush your enemies. Each of them will have unique behaviors and skills. Find their weak spots and leave them with no chance of defeating you.

◆ Defeat mighty bosses. These children of the dark have evolved to become almost invincible. They only fear their own Dark Lords. Kill them to obtain unique ancient artifacts.

◆ Equip your character. Collect your own armor and weapon sets from hundreds of available pieces.

◆ Learn new spells, upgrade them and use them in battle. In this world, all elements can be controlled with magic. Harness them, and even the darkest forces will yield to your power.

◆ Fight shoulder-to-shoulder with your friends. They will always help you defeat the strongest and most vicious enemies. Bring together your own team of warriors and get ready for exciting challenges.

◆ Change your character class as you progress through the game. Choose one of the three available classes: warrior, archer or mage. Change it at any moment without having to replay the game. 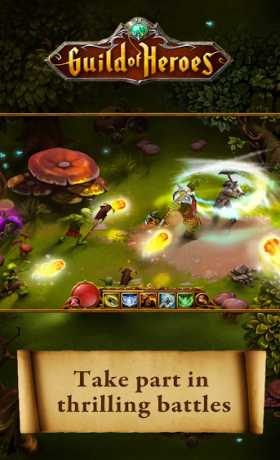 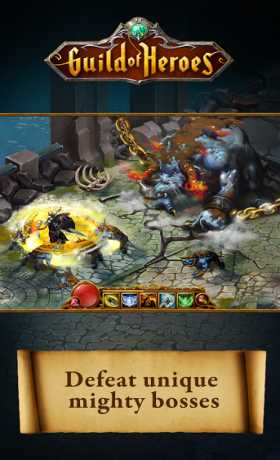